My crown is a half-tamed Python,
a sometimes friend,
which sacrifices skin to hide the scars.
My ermine robes are stunted waxen wings,
and my royal ring a white banded worm
that feeds on me until I am no more.

Alas, I am consumed by ruling, crushed
by the compass of my crown, true north is south
and so I drown.
But what if I, in this confusion, should walk
upon the surface of my sorrows, and watch
all rebels rust away. For are these not men
who would hold up a torch and say look it is
the sun, tis just as just. And all shivering
the subjects would agree
it seems that even truth must bend its knee.

Go, bury the day, bless this blessed earth
with a sunken son, he like love itself,
undone. Then flood his sky with blood, give berth
to whip marks and marble and holy wealth.
All double night now for two suns are downed,
gone the one that burns and the one that’s prey,
a double dark’s where single lights are drowned,
and so I wish myself beside the day.
I gave him a coffin for his kingdom
and choirs of angel white worshipful worms .
But could I carve new, fish mistakes undone,
forge immiscible faiths so none may burn?
Dead men stay dead but stolen stories rise,
I saw him too late, his blood in my eyes.

When I died it was the opposite of drowning,
I poured fearful into some other bourn, il percorso
inizia nel paradiso all’inferno, and felt my ending die.

I awoke upon the shores of Sheol, where the waiting
dream of what, Cielo? seconda morte? and I saw there Lilacs
out of the dead land, and Lotus flowers crowning the dead.

A land of outré hope, and pregnant pauses so ancient the
unborn have crows’ feet upon their faces. I saw
there a lapis path, by the leman, and upon the path a

man of clearest cyan waiting, his bones unpicked by
whispers, his mind a shantih shrine, and there on his
varada palm no lifeline scarred the skin.

The T-Cell snow’s falling upon the path,
upon the pilgrims buried down inside their Cistercian
robes spread, as broken wings, around them.

They have seen, with one eye closed,
as if taking aim or fearful of seeing too deeply,
this land wet with drought, this land of ros crux,

quotes the last pilgrim in selfish prayer, but thinks,
or maybe hears, this land, this snow is Jolie Laide,
and begins to feel the father inside the cold,
inside the pain,
inside the grave. 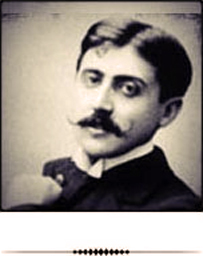